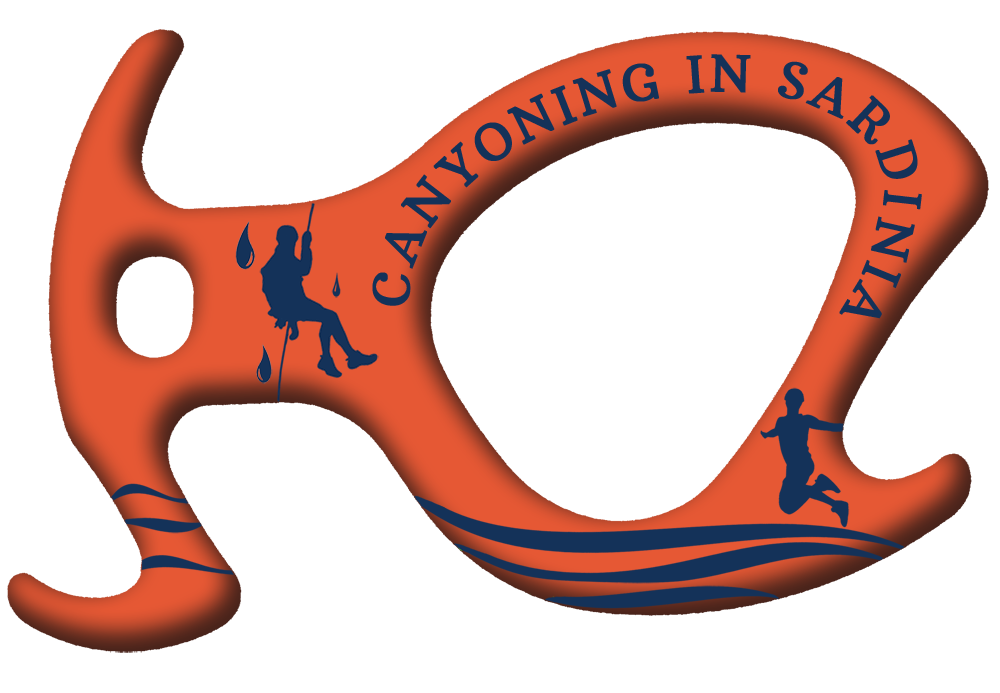 If you have any questions or you need any further information please do not hesitate to contact us! You can do it by sending an email, by phone or, if you prefer, by Whatsapp on mobile!

All year round for you!

Technical Equipment: provided by us

What you need to bring: change of clothes, change of shoes, running/hiking shoes used in canyoning (will get wet)

Requirements: dont suffer from vertigo (dizziness), be able to swim

Price: With a minimum group of 4 participants, 60 € per person, including the technical equipment

Rio Pitrisconi is a wonderful river that flows through the municipalities of San Teodoro and Padru in the rocky heart of Gallura. This river has eroded the pink granite creating spectaculars gorges, waterfalls and natural pools. Canyoning in Rio Pitrisconi is ideal also for beginners that want to jump into the world of Canyoning, the entire canyon is considered PD that is ‘Small difficult’.

We’ll leave the car outside the park guards house. Here we’ll wear the wetsuit, harness and helmet and then we’ll take a small path (300 meters that runs alongside the river since the starting point. The first scenario is spectacular: in front of us is the large canyon of Pitrisconi and below us a natural emerald pool that allows us to take a first dip of 3 meters and a small toboggan (a natural water slide).

The small pool is stunning and creates the first waterfall below us. Here we have the biggest rappel (18 meters) that we’ll face! We rappel with on our side the great waterfall giving us a wonderful panorama. At the end of the rappel we can play to stay under the spray of the waterfall: a must!

From here we continue walking in the riverbed between the gigantic granite walls and mighty juniper trees; in front of us Mother Nature has created a striking passage: a large boulder got stuck on two vertical slabs creating a small door where we’ll pass. We’ll continue between natural pools and small jumps since coming in a large granite toboggan where we will have fun to go down! After a few minutes we will reach a big rappel (12 meters) that leads to another wonderful natural pool.

After a long swim in the pool we continue the adventure in the canyon that becames sometimes narrows and sometimes widens giving spectacular panoramic views along the walk. And so we come to the last big waterfall and its natural pool where we expected a dip of 8 meters or a smaller of 6 meters.

This is the world of canyoning! This is Rio Pitrisconi...

Rio Pitrisconi flows from Monte Nieddu of Padru, this great massif reaches a height of 970 meters (Punta Maggiore). The name of place ‘Nieddu’ (Black) remind to the ancient and lush forests of oaks, cork oaks, juniper and olive trees. Unfortunately, the immense forests was inevitably compromised by uncontrolled deforestation lasted throughout the '900 in order to find wood for the construction of the railways. We must be able to imagine a forest in which lived large herds of deer, mouflon, fallow deer and wild boars that we hand down the stories of the elderly; He was prized even the bitter honey that was produced in large amounts and had nevertheless a great healing power. Even the martens now are few  because they were indiscriminately hunted by humans for their valuable fur. In recent years, the great work of the Sardinian Forest Guards has allowed a large reforestation of pine trees in a few years will have to make space to the native vegetation that now is only encountered in the wider area.

We have already spoken of the summit of Punta Majore (Major) but now we will investigate on the slopes of Monte Nieddu which declines sharply toward the city of Padru. On this side there are places named  ‘Casteddu and Casteddacciu’ that make clear reference to an old fort kind in the Middle Ages that the Byzantines wanted to build. The Eastern Roman Empire began in the sixth century to regain the territories that the West Roman Empire controlled before its fall (476 A.D.). Once conquered Sardinia this was built-in Exarchate of Africa including Africa, Corsica and Sardinia (591 A.D. first news). The Byzantines had to deal with the people who lived inland of our island (Balari and Iliensi), so to control them Byzantines built small fortifications that now are totally forgotten but the name Casteddu / Casteddacciu evokes them again.

About place names, Pitrisconi can only evoke the granite rocky canyon that characterizes the entire flow of the river. Canyoning in Rio Pitrisconi is ideal to immerse yourself in a natural and historical environment of extraordinary importance. 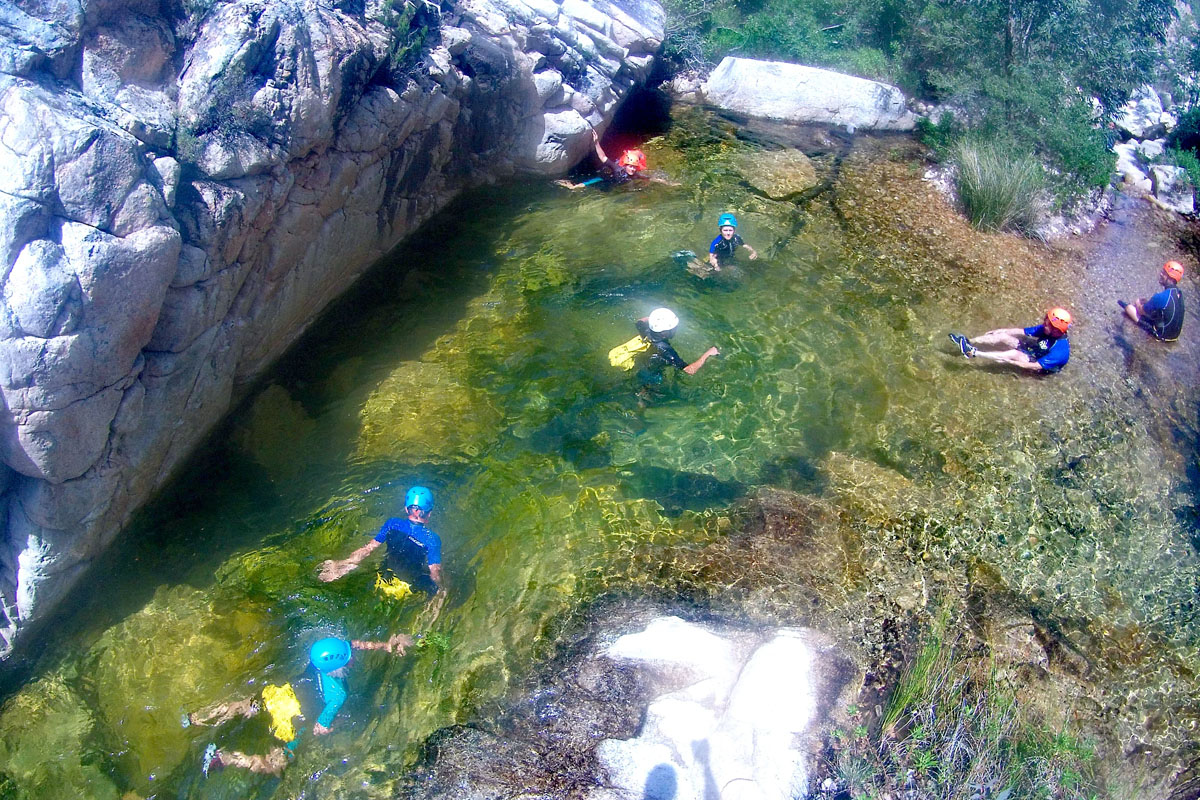 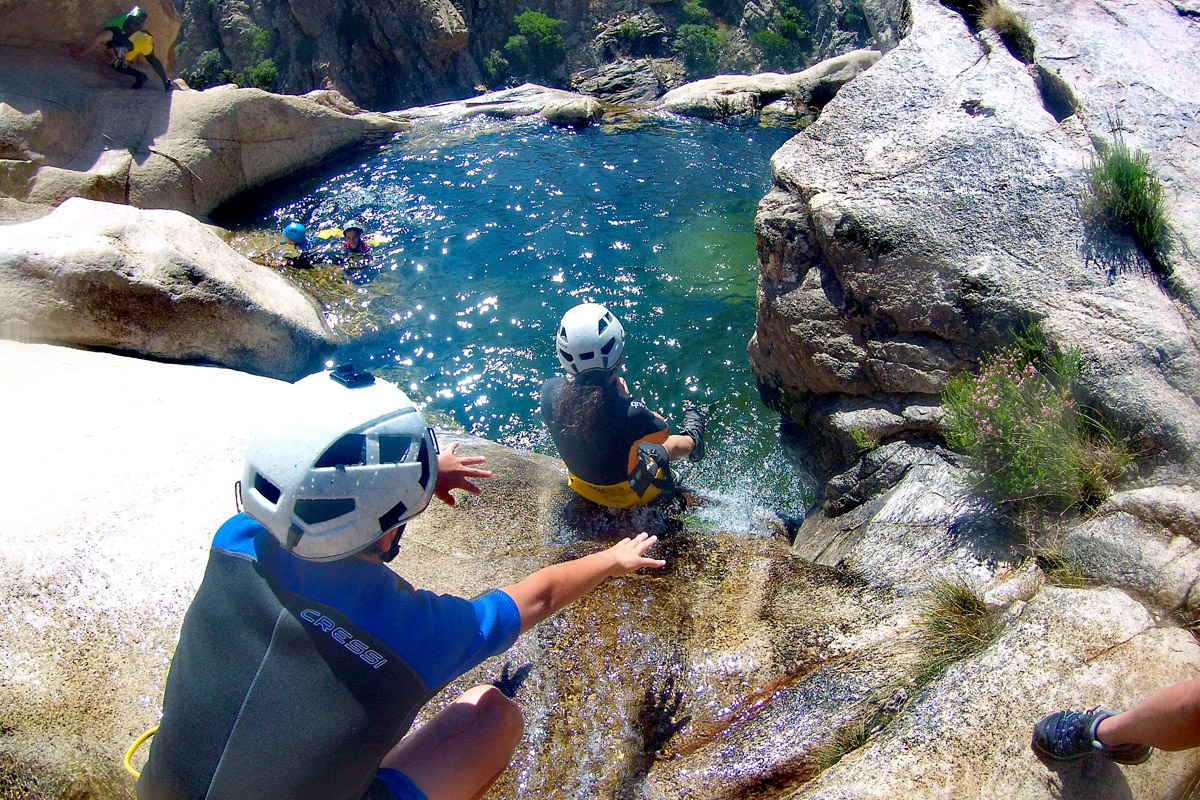 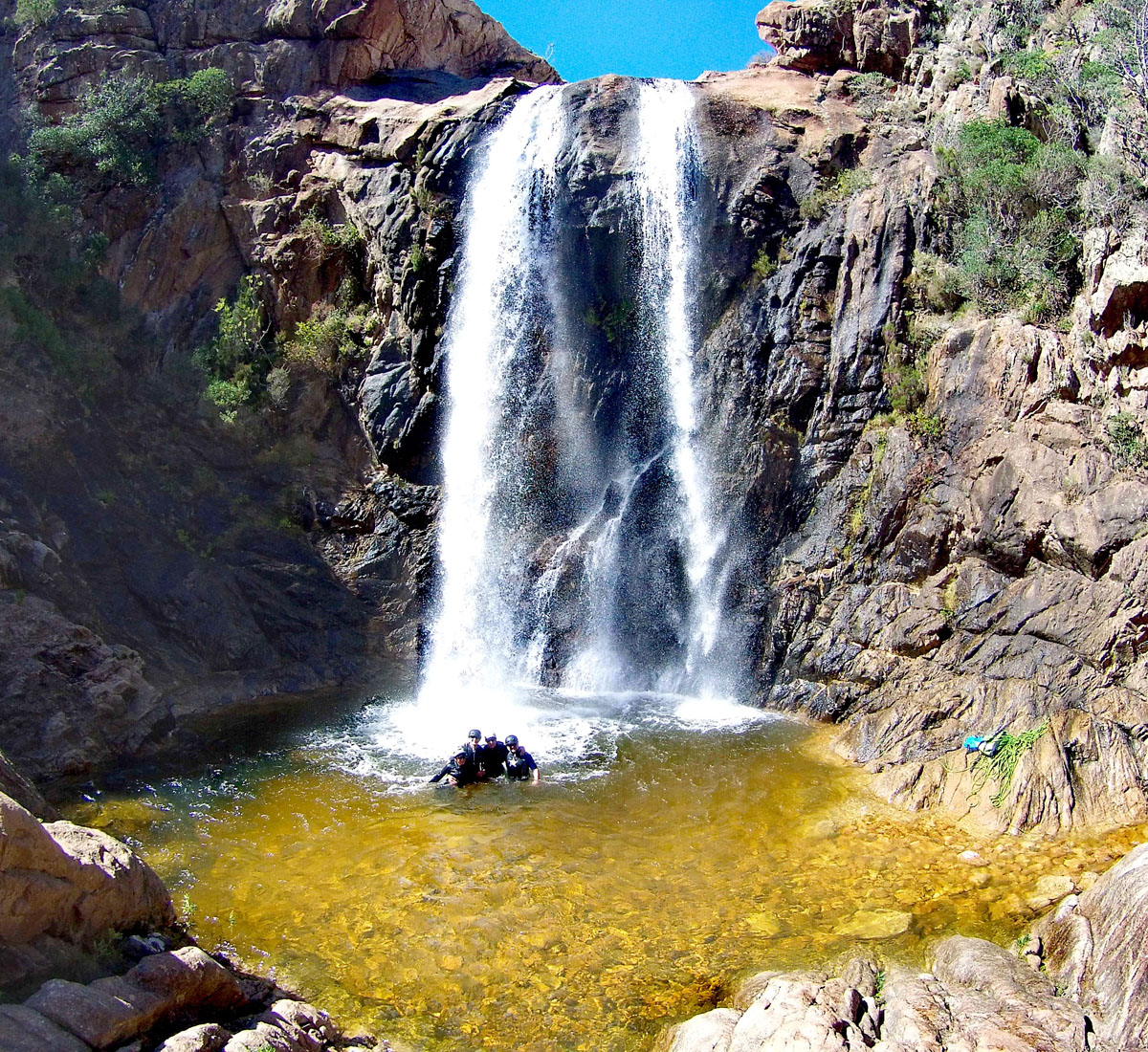 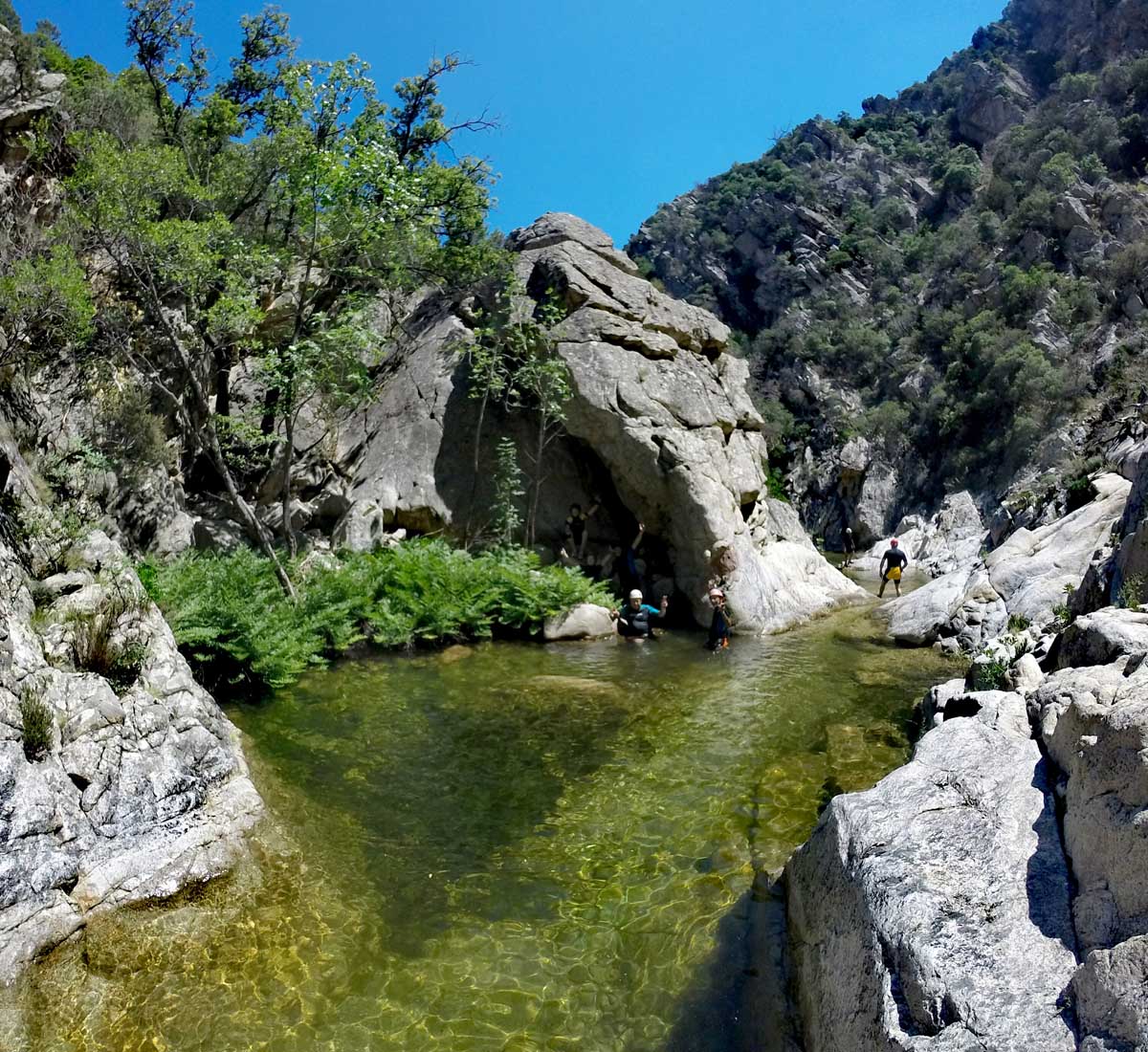 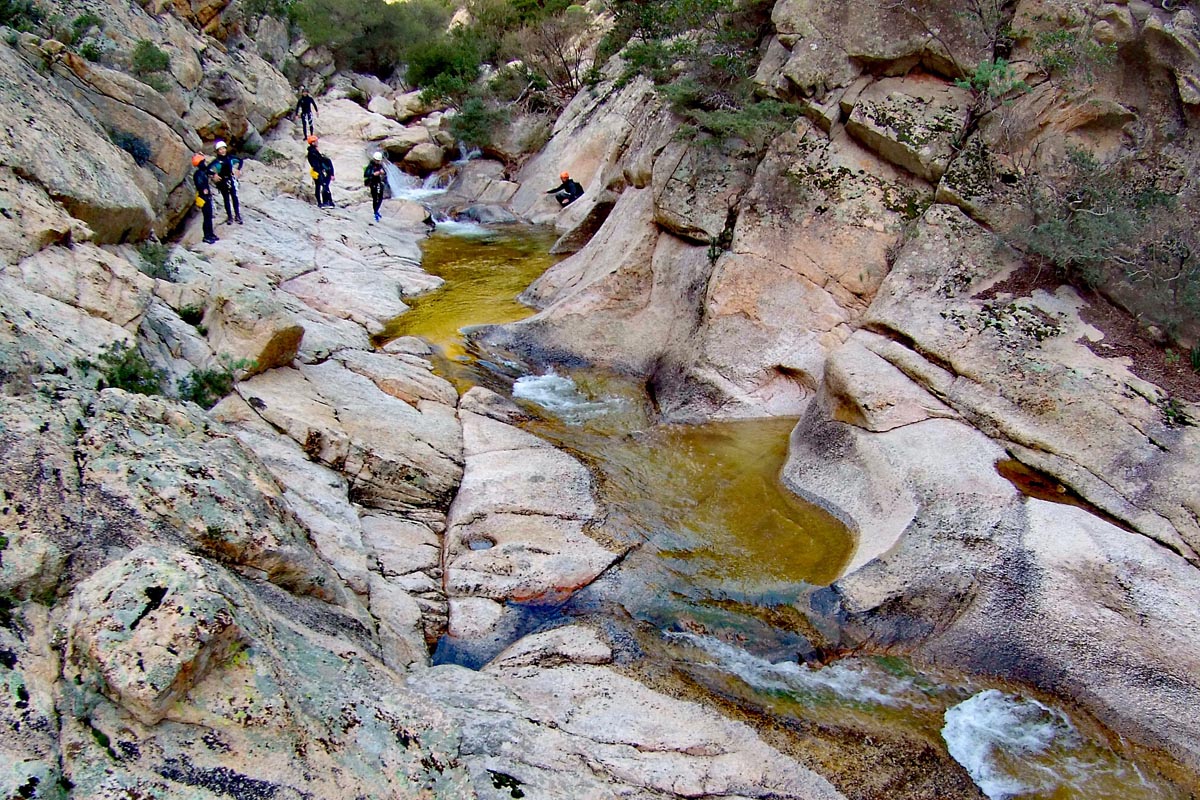 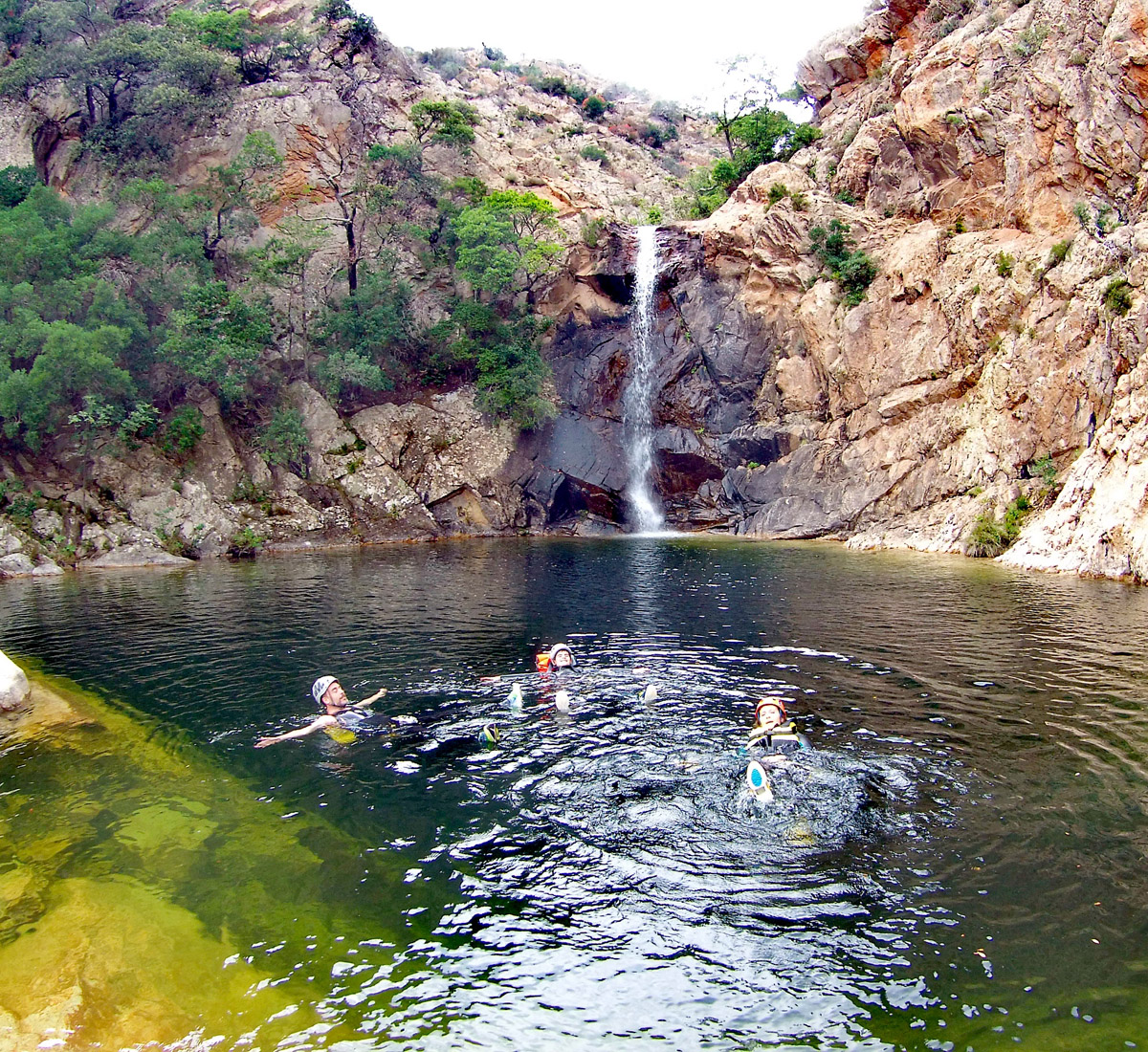 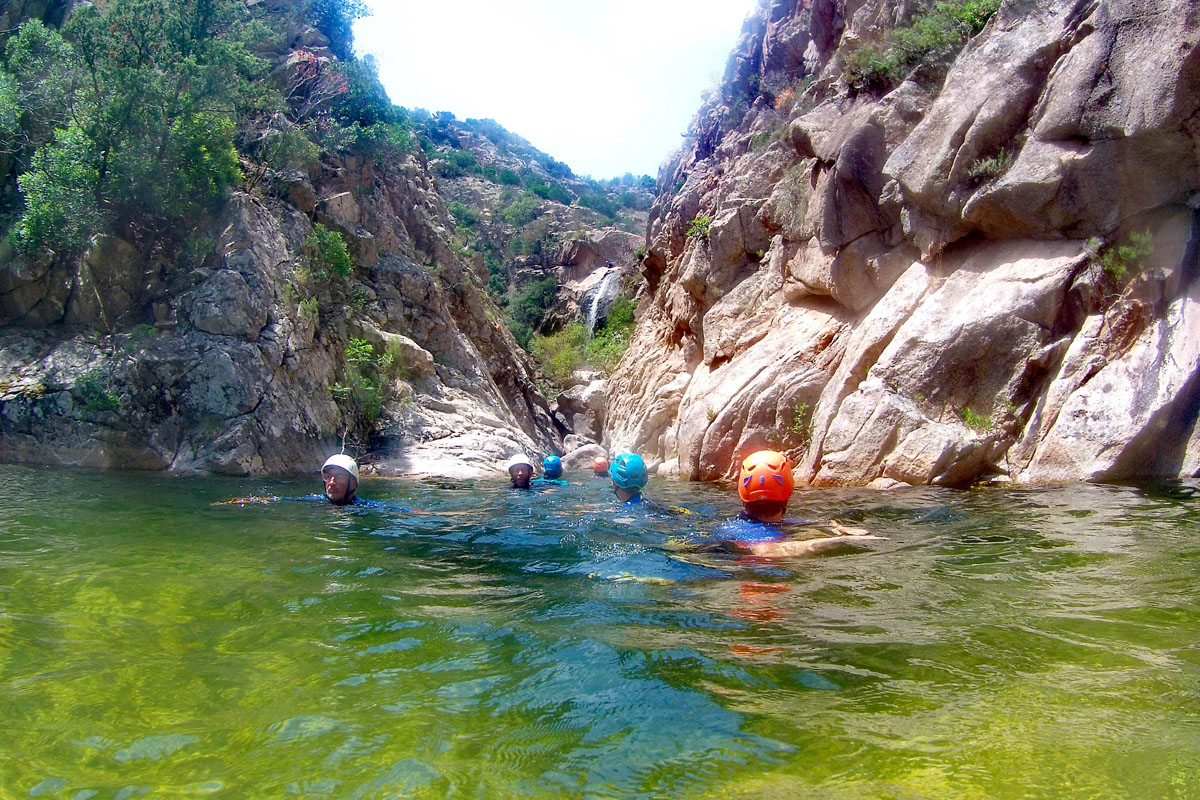 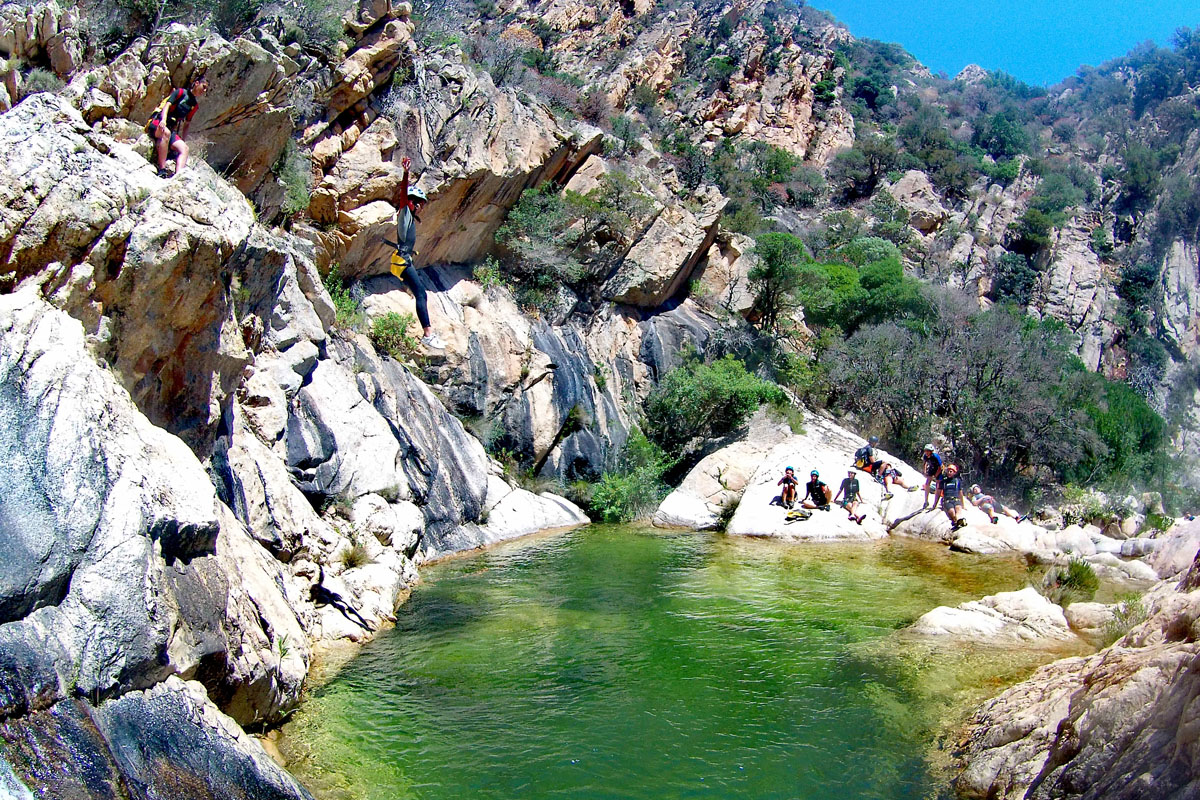 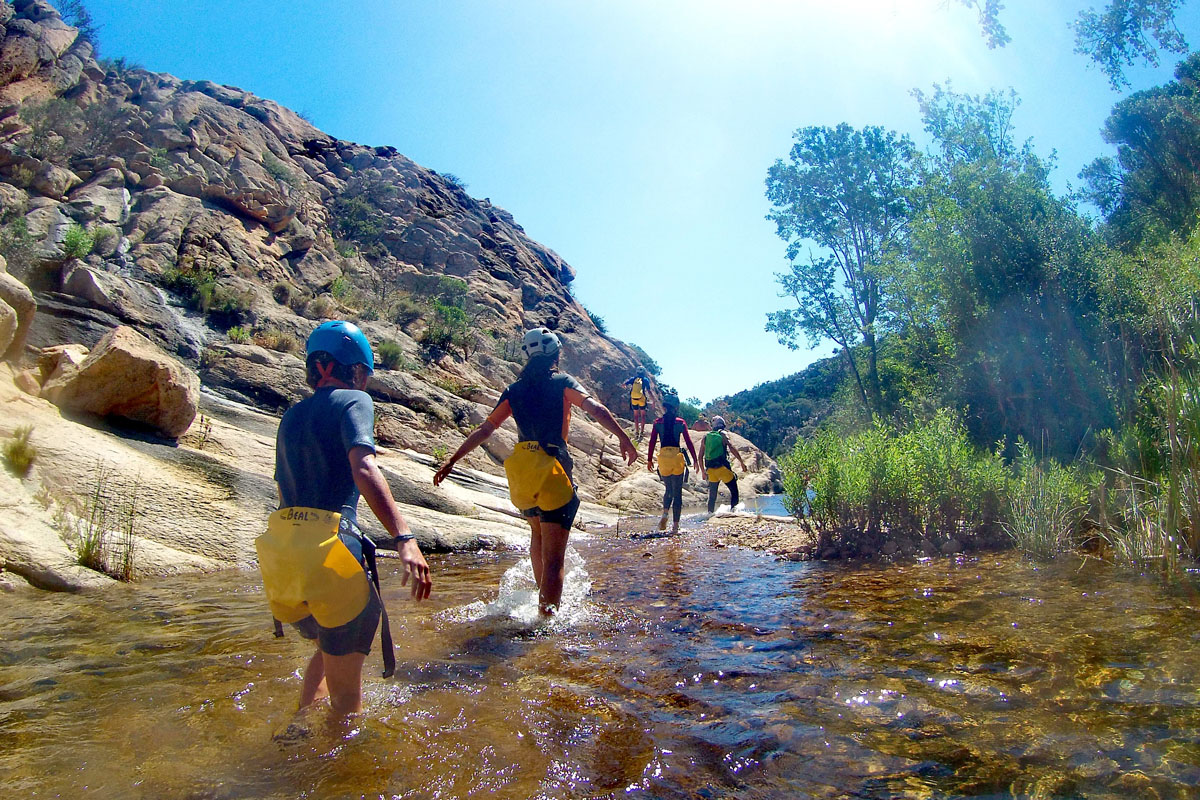 © Canyoning in Sardinia 2022, Powered by Theme-Point